Also, if two individuals are from English-speaking countries, their sign language might still differ. For example, an American citizen will have an easier time communicating with a French citizen through sign language, because ASL (American Sign Language) originated from LSF (French Sign Language).

Differences between alphabets and dialects necessitated a common alphabet, which created IS (International Sign). IS is used in international conferences where individuals from around the world gather, like the European Union of the Deaf. However, IS isn't exactly a universal sign language, contrary to its name. It doesn't allow advanced conversations as it isn't as detailed as other sign languages. . In fact, there is no universal sign language as of today.

Different alphabets use different signs to indicate letters. Some alphabets use two-handed signs and others use one-handed signs. For example, two-handed signs are used in British Sign Language, New Zealand Sign Language and Ausland Sign Language, which is the Australian Sign Language. These languages together are called the BANZSL Language Family. Another alphabet that uses two hands is the Turkish Sign Language. When signing with two hands, one hand is considered the dominant hand and the other is considered the subordinate hand. The latter usually performs a simpler or an identical movement. The dominant hand is stationed above or alongside the subordinate hand, and it indicates letters with signs.

The most used sign language in the world is the American Sign Language. Naturally, it is the dominant sign language used in the United States of America.

As we stated before, ASL has the same alphabet as English, but it is descended from Old French Sign Language. So the words are not expressed the same way they are expressed in the spoken language of English.

French Sign Language, or Langues des Signes Française in French, is the sign language of deaf communities in France or in French-speaking parts of Switzerland.

There is an incredible story behind LSF. In 1760, Abbé Charles Michel de l'Epée was the teacher of deaf twin sisters. The sisters communicated with each other through signs and eventually, Abbé learned the signs. Then he founded the National Institute for the Deaf. But the LSF today was a result of the language progressing step by step throughout the years.

Facial expressions are significant. For example, frowning indicated the posing of a question.

Time can be indicated by the movement of the hands. The back of the shoulder signals the past and the front of the person signals the future.

The language continues to grow every day, adding new words and being influenced by the French language.

British Sign Language is a rich language that is a combination of body language, facial expressions and hand movement.

Historically, records of sign language can be seen in the 15th century. Until the 1940s, sign language was discouraged in schools and the students were forced to lip read. After many years of discrimination, BSL was officially recognized by the British government as a language in 2003.

Different dialects of BSL exist in different regions. For example, some signs from Scotland might not be understood by a deaf person in England. BSL is also different from ASL or Irish Sign Language, even though they have similarities.

BSL has its own grammar and a particular syntax. Which is how complex sentences are formed. It uses a topic-comment system where the topic is established, then the comment is made allowing a deeper conversation.

BSL also shares its sign language with Australian Sign Language and New Zealand Language, forming the BANZSL Language Family, as we stated before.

Spanish Sign Language also does not form sentences like the spoken language of Spanish, which is the case with most sign languages. It is related to LSF Family and can be traced back to the 16th century. However, Spanish did take the alphabet of Spanish spoken language which originated from the Latin alphabet.

Information is conveyed through facial expressions alongside hand and body movements. The spelling is similar to Pinyin but Chinese fingerspelling was founded before it.

The begging of a sign language in China can be traced back to 1887 when the first school for the deaf was established. Then, schools and farms with deaf individuals allowed this sign language to develop and become the language it is today.

Arabic Sign Language is used by Arabic countries across the Middle East. Sentences are formed similar to the Arabic spoken language. It has taken some words from Europe and America.

The shape and the position of the hand indicate the context. Facial expressions are used to enhance comprehension and specify the meaning. Plus, most signs are limited to nouns and verbs.

South African Sign Language is not the only manual language to be used in South Africa but it is being promoted as the primary language.

ASL is also a language used in South Africa and we can see the influence of ASL on South African Sign Language.

South Africa is one of the few countries that officially recognize a sign language. They also have a formal school curriculum for sign language.

In general, verbs are signed last. Adjectives and adverbs always come after the nouns and verbs. Signs do not change from tense to tense. Tenses are indicated with the time sign at the beginning. Even though there are rules to the South African Sign Language, more research is needed to understand the details of this language that developed over many years.

There are hundreds of sign languages in the world, each with unique features. Over centuries, deaf communities struggled with conveying information to the general public and through adversity, they have managed to create their alphabets and languages that are now known by many. Video has become an increasingly popular means of experiencing the world. Foodies, travel and adventure vloggers, models, influencers, and all sorts of... 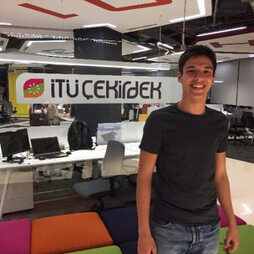 Since its founding in 2005, Youtube has become one of the most popular social media platforms on the planet, with over 2 billion active users. It’s a nexus of everything from tutorials to movies... 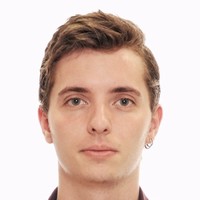 How Can Voiceover Make Your Work/Study Life Easier?

The term "voiceover" may not be as ubiquitous and universal as "captioning" or "transcription", but the practice of adding external audio to video footage... 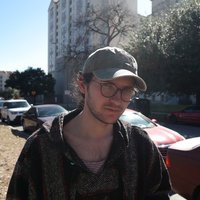